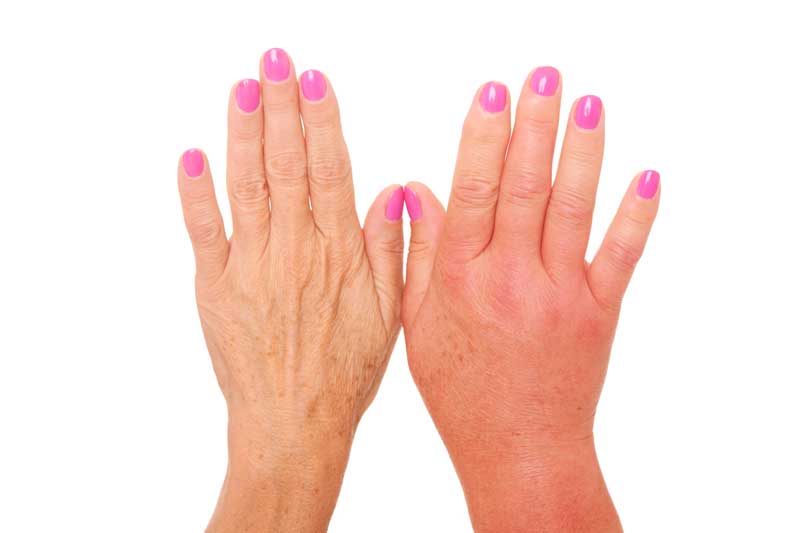 Complex regional pain syndrome is defined as a pain syndrome in which, in addition to pain, there is loss of function and signs of autonomic dysfunction. In clinical practice, it is most often seen as a complication of a wrist fracture. Although still unexplained, the largest number of theories indicate that CRPS occurs as a result of hyperactivity of the sympathetic nervous system.

It was first described under the term causalgia (kausós, “burning”) + (álgos, “pain”) during the American Civil War as a complication of firearm injuries in the 1950s. Evans introduced the term “reflex sympathetic dystrophy”: sympathetic hyperactivity on somehow involved in pathological activity on the periphery Paul Sudeck 1866-1945.

In 1900, Sudek described radiographically visible patchy osteopenia, while Evans introduced the term “reflex sympathetic dystrophy” (RSD) in the 1950s, believing that sympathetic hyperactivity was somehow involved in abnormal activity in the periphery. After the decision made by the International Association for the Study of Pain in 1994, the name complex regional pain syndrome is used.

The American Hand Surgery Association defines CRPS as a pain syndrome in which, in addition to pain, there is loss of function and signs of autonomic dysfunction.

It is not associated with nerve damage (or minor damage) in the affected area
It develops with fractures, dislocations, contusions, distortions

Associated with nerve damage in the affected area or injury to a large peripheral nerve
These two forms of CRPS differ only in the initiating factors: minor or no trauma to the nerve in type I, and major nerve damage in type II.
They do not differ in clinical signs and symptoms as well as in treatment.
It is chronic neuropathic pain that lasts longer than three months
The disease is regional without specific points of pain, in the acute phase it is accompanied by swelling, warm skin, hyperesthesia, allodynia and vasomotor symptoms with reduced mobility.
In the chronic phase, the affected extremity may be reduced in size, thinner, with a low skin temperature, and the development of contractures is also possible.
In the acute phase, CRPS is easier to diagnose than in the chronic phase
Patients with CRPS also experience psychological changes (insomnia, depression and anxiety).

CRPS is 3-4 times more common in women (ages 61-70)
It is present 2 times more often on the upper extremities
trauma almost always precedes CRPS Type I
CRPS occurs in about 1-2% of patients who have had fractures and about 2-5% of patients after peripheral nerve injury
In 40% of patients, a bone fracture or surgical procedure precedes the development of the disease
In a certain percentage of CRPS patients, the syndrome develops spontaneously
CRPS most often occurs after trauma. A common predisposing factor in this regard is a Colles fracture – 25% of patients with this type of fracture show signs of CRPS (Atkins 1989). However, CRPS can occur as a result of many other conditions such as myocardial infarction, cerebral infarction, traumatic brain injury, spinal cord injury, and more.

The disease usually progresses through three stages. They can be variable and vaguely limited.

Phase I (traumatic, acute phase) begins at the time of the initial injury, or within a few weeks of it, and usually lasts from a few weeks to 6 months. It is characterized by pronounced pain and increased circulation, which is manifested by doughy swelling, redness and a warm extremity. Limitation of range of motion as well as hyperhidrosis may also be noticeable at this stage. The skin may be sensitive to the touch. It is considered that osteoporosis begins to develop at this stage, but it is still not visible on radiographs.

Phase II (dystrophic phase) begins 3 to 6 months after the onset of pain and lasts an additional 3 to 6 months. The swelling is less pronounced, however, pain and limitation of range of motion are still present. Circulation is reduced and the temperature of the extremities is lower. Hair and nail growth decreases, while hyperhidrosis remains. Atrophy of muscles and subcutaneous tissue develops. Radiographs may show patchy atrophy as well as perarticular thickening. Personality by type of causalgia is described and can be manifested in this phase.

Phase III (atrophic phase) begins 6 to 12 months after the onset of pain and can last for several months. The pain is less pronounced, but there is significant atrophy of the skin and subcutaneous tissue, as well as irreversible contractures. The skin is smooth, shiny, dry and cool. Diffuse osteoporosis or osteopenia is visible radiographically.

Continuous pain that is not proportional to the severity of the injury
At least one symptom in 3 of the 4 listed categories is present
a) Sensory hyperalgesia and/or allodynia
b) Vasomotor temperature asymmetry and/or skin color change and/or skin color asymmetry
c) Edema and/or sweating and/or asymmetry of sweating
d) Motor/Trophic: reduced range of motion and/or motor dysfunction (weakness, tremor, dystonia) and/or trophic changes

The diagnosis is usually made on the basis of the clinical picture. Radiological examination may be helpful, but changes in terms of patchy osteopenia may not be apparent until the later stages of the disease (usually after 3 or more months). Three-phase bone scintigraphy may show increased binding in the area of ​​the affected limb early in the disease, which most likely indicates increased blood flow originating from local bone metabolism due to sympathetic vasoconstriction. This is best seen in the carpal and metacarpal joints of the bones. The findings, however, do not precisely correlate with the degree of vasomotor disturbance. Thermography is a sensitive method for measuring and registering the difference in temperature of the affected and unaffected limb.

Early diagnosis of CRPS is the best therapy. Poplawski and the authors believe that the most important measure of the outcome of the treatment of this syndrome is the initiation of therapy in an interval of less than 6 months between the onset of symptoms and the initiation of therapy. Delayed diagnosis can lead to prolonged rehabilitation and physical changes characteristic of the later stages of CRPS. The therapeutic approach includes pharmacological measures with aimed at reducing the intensity of pain, sympatholytic interventions and physical medicine and rehabilitation, depending on the severity and stage of the disease

Of the surgical interventions, sympathetic blockade of the ganglion stellatum is most often used. This intervention is expected to lead to a reduction in complaints, which represents a simultaneous diagnostic and therapeutic means of treatment. Intravenous regional blockade, chemical and surgical sympathectomy as well as amputation of the affected extremity are also considered. Most authors emphasize the importance of physical therapy in the prevention and treatment of this disease. Physical therapy and rehabilitation in the early stages should lead to reduction of pain and prevention of contractures. The principles are reduced to the elimination of painful passive movements, the mobilization of adjacent joints in terms of preventing the occurrence of their contractures, while forcing controlled active and actively assisted movements to the limit of pain. The kinesitherapy program is followed by the application of appropriate agents that, depending on the stage, aim to reduce swelling, pain, increase circulation and prevent hypotrophy of the affected limb.

Goal: reduction of pain and improvement of function

When satisfactory results are not obtained with physical and medical therapy

The majority of authors emphasize the importance of an early, targeted multidisciplinary therapeutic approach to CRPS, a condition that, if not treated in a timely manner, can lead to long-term disability. Early recognition is important for timely initiation of therapy before the development of stage II and stage III trophic changes. Unfortunately, there is little objective evidence on which to base a reliable treatment plan. In this sense, it is certainly time for large multicenter, prospective, controlled studies that will better explain the effects of existing therapeutic options. 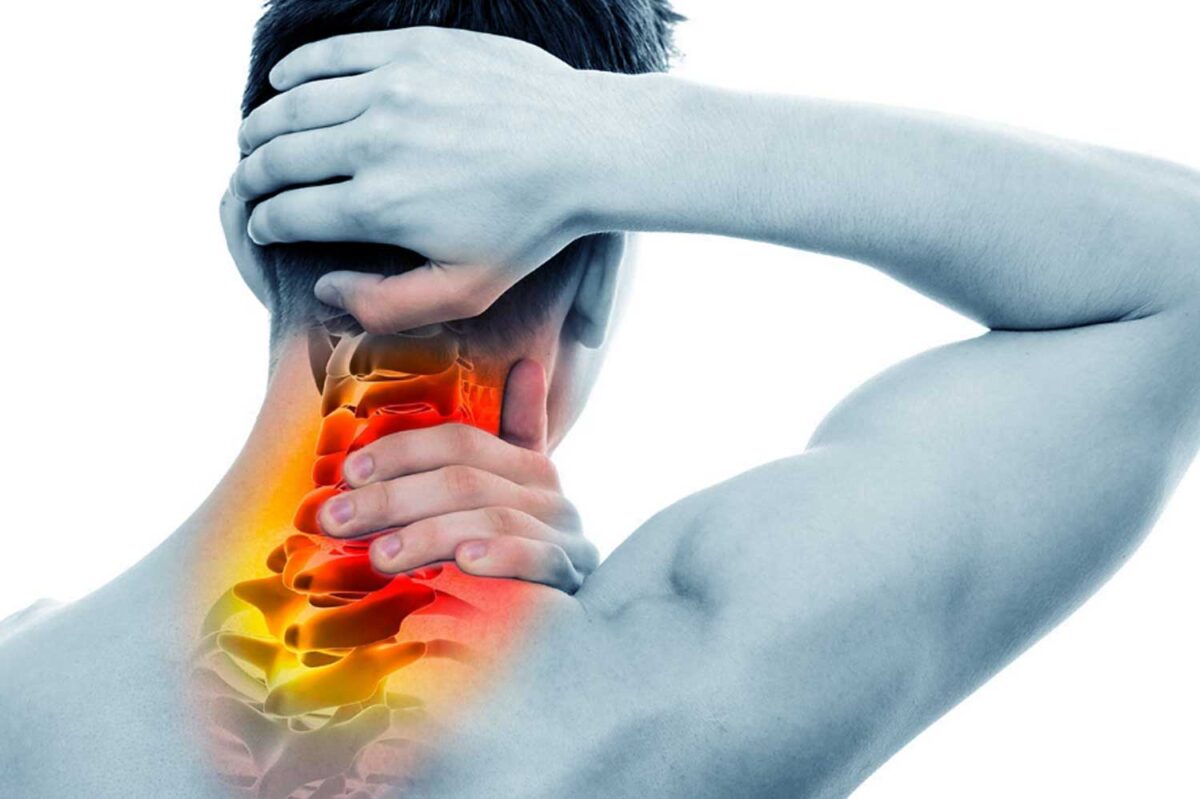 Set of symptoms, among which pain dominates, which is related to the cervical (neck) part of the spine and spreads to the areas of the shoulders and arms, shoulders and back. 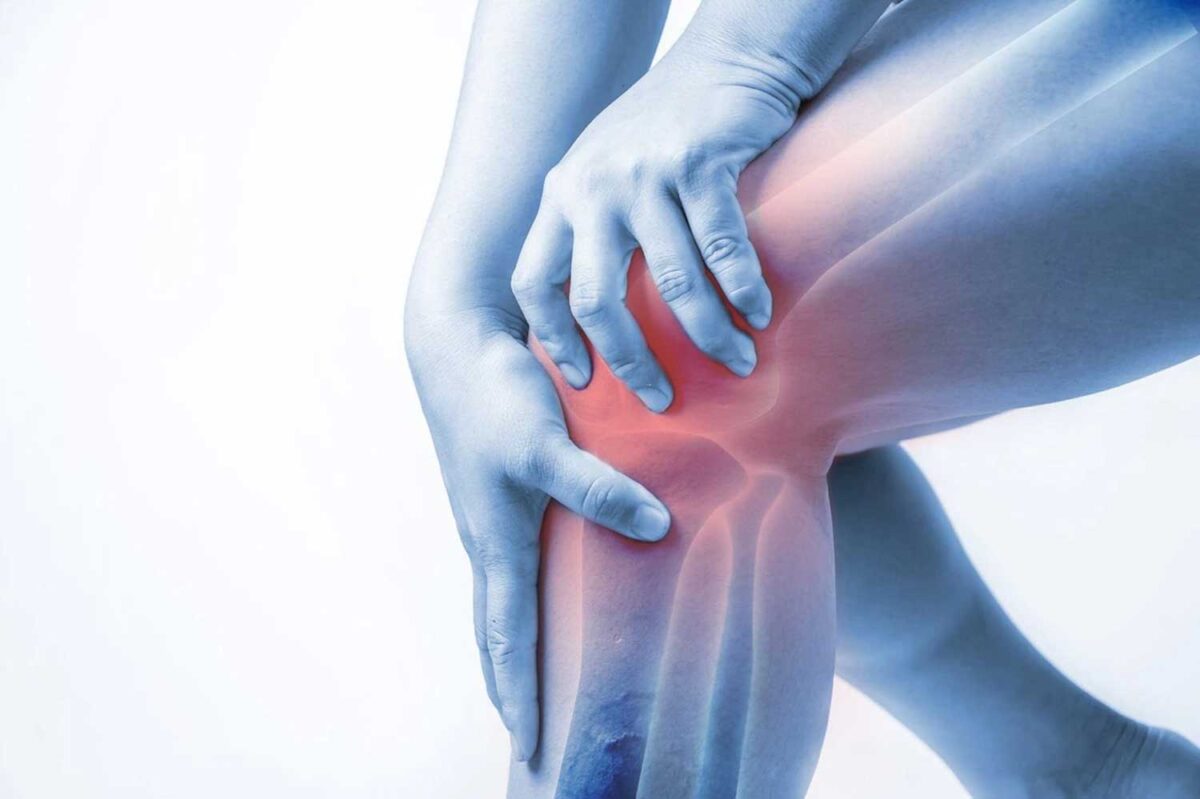 It is an arthrosis of the knee joint. Osteoarthritis is a degenerative change in the articular cartilage that causes changes in other parts of the joint as well. 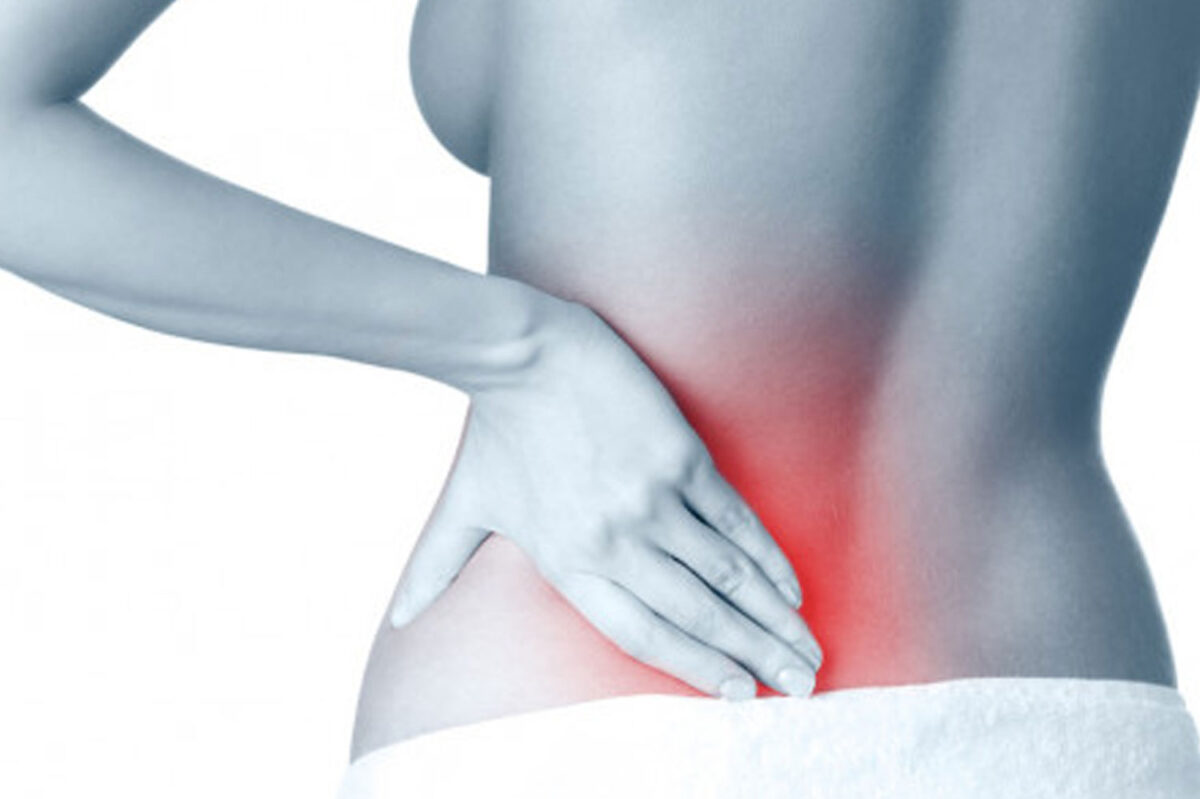 Coxarthrosis is a degenerative disease of the joint or more precisely the cartilage of the hip joint, which can lead to changes in the bones, as well as in the capsule. 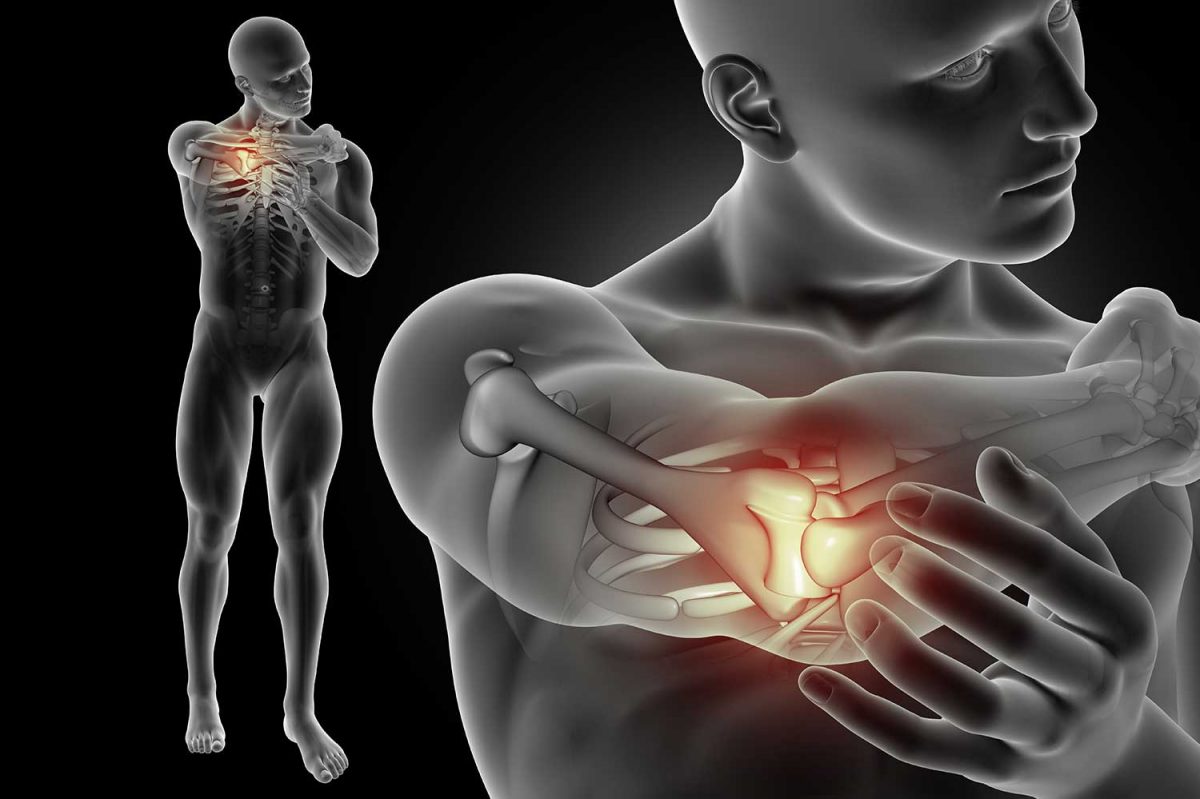 Golf elbow is a condition where there is irritation and inflammation of the tendons of the flexor muscles of the hand and the pronator of the forearm.

Copyright by Hirofizikal 2021. All rights reserved.

Copyright by Hirofizikal 2021. All rights reserved.